Android One devices come with a promise. The sole idea and purpose behind these devices are to provide the best and the latest Android experience. But a lot of times, companies turn their wheels faster to deliver to users. Such a case brewed up recently. Xiaomi Mi A3 Android update made a large number of users took to social media to report the difficulties they faced after updating their device. There was even a petition against the company, asking to either fix or replace the faulty Mi A3 devices.

After downloading and installing the latest OTA update on their devices, several devices turned completely dead. Multiple cases of ‘phone bricking’ came up. It is a term for a situation when a phone turns into a brick: it neither turns on nor opens the bootloader. Additionally, many Indian devices mistakenly received Mexican firmware, messing up the device big time. Some users even reported that service centres were unable to resolve the issue. 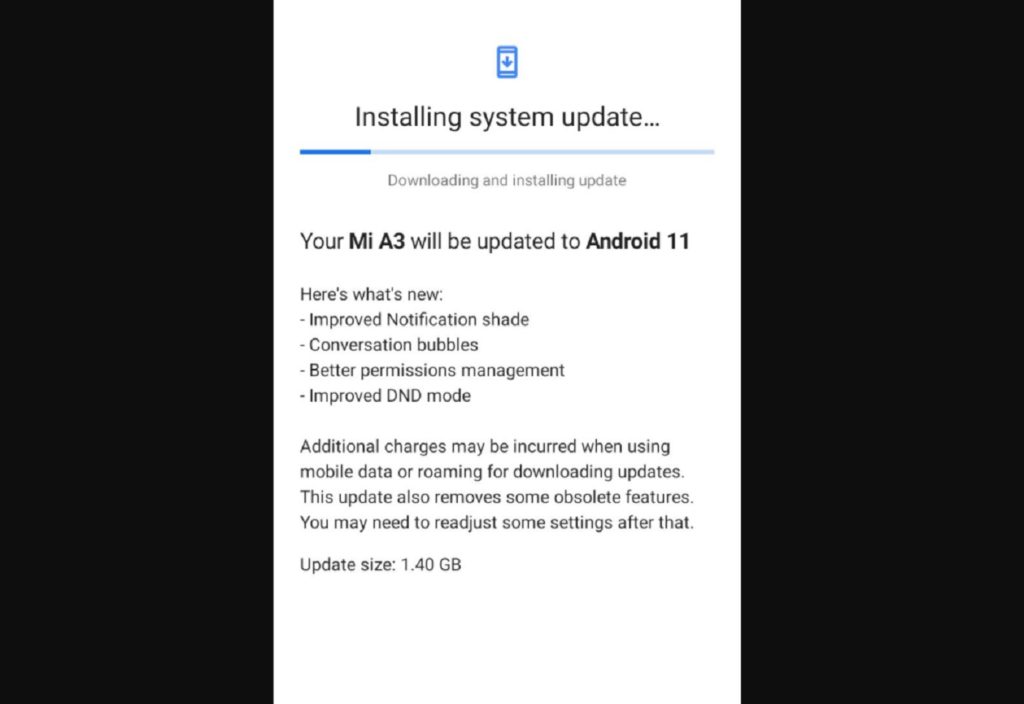 Here is what Xioami says about it

“We are aware of the issue on some Mi A3 devices following a recent Android 11 update and have since halted the rollout. We kindly request users who experience this issue to visit any of the 2,000 plus service centres across the country nearer to you where a solution will be provided for free unconditionally (within or beyond warranty). We regret the inconvenience this has brought about. As a brand committed to offering the best possible user experience, we will continuously improve our products and services,” Xiaomi said.

What is the solution

Xiaomi immediately called the update back. Users can now download a completely new Android 11 update. Let us hope that the company has fixed all the bugs with the first one. The new Android version also brings along the latest security patch. New features included in the update are message Bubbles, improved notifications, a better Do Not Disturb Mode and comprehensive device control. However, if you are someone who owns a Mi A3, wait until the company rolls out a stable update.

An important point to note here is that this is not the first time when Xiaomi smartphones struggle with Android updates. There have been multiple cases where they had to call back their Android updates, owing to multiple bugs. Devices such as Mi A2 and Mi A1 also faced a number of difficulties while receiving Android updates. Xiaomi recently launched MI 11 series in China, which might launch in India soon.