Most of us have heard of a computer virus or a computer getting infected with malware. But many of us don’t know that even your android device can be infected with malware or viruses. Malware is a harmful computer program/software which causes damage upon entering your phone. Cybercriminals write the code of malware to access your personal data like passwords, credit card credentials, and other sensitive details. They use it for committing fraud and identity theft. Malware includes worms, trojan horses, viruses, spyware, and ransomware. In this how-to guide you will learn how to remove malware and virus from an Android phone.

Also Read: How to Download Hotstar Videos on PC, Android, and iOS

In Android phones, a virus or malware needs to be installed rather than being automatically executed. So cybercriminals trick the users by pretending to be a legitimate app or some other means and ask you to install it on your device. Once you have installed the malware or a virus, it can leak your data like contacts list, photos, call logs, banking details, or place ads in your browsers, cause redirects, and much more.

What Malware and Viruses Do to an Android Phone

A malware is usually used to steal the users’ sensitive information, install adware to force you to download other apps, or view webpages. The information that the criminals steal includes usernames and passwords, contacts list, credit cards, location, call logs, emails, and more. Cybercriminals can get complete access to your device using the malware and can control your device or steal data. Once they access your information, they can use it for their own benefit or even sell on the dark web.

Also Read: How to Fix Corrupted SD Card on Android without Computer

A kind of malware called ransomware locks the victim’s device, and the hackers demand ransom (money) in return to gain access.

How to Know if Android Phone is Affected With Malware

Malware or a virus performs repetitive tasks and use the devices’ RAM and battery heavily. It can help the user to see the signs that his/her phone is infected, as in most cases, the symptoms are visible. These are a few symptoms that you should consider:

a.) Your phone begins to hang, becomes too slow.

b.) Apps take much longer to load.

c.) The battery drains faster, and your device turns hot for no reason.

e.) Too much data usage, even when the phone is idle.

Some viruses or malware still may not show any symptoms. Consider installing an antivirus software to scan for hidden malware. We’ll talk about this later.

How to Remove Malware and Virus From Android Phones

If you find your phone behaving odd or unnecessarily heating up, or if you already know which app is causing problems that you installed recently, turn on the airplane mode immediately and follow the steps to remove malware and virus from your android phone:

Step 2: When the phone restarts, it’ll start in safe mode. You will see “Safe Mode” tag at the bottom or bottom-left of your phone screen. Begin uninstalling the suspicious apps.

Step 3: To uninstall the app, go to the phone’s settings by tapping the gear icon. Find the Apps/Installed Apps option and find the suspicious apps in it.

Step 4: Once you tap the app, you’ll see the option to uninstall the app. First, tap the Force Stop button and then tap Uninstall.

It will prevent further damage to your phone and data. However, it may still not remove the malware completely.

If you think other apps are also infected by malware, uninstall them immediately.

Now you have removed the suspicious applications, but malware still may be there. To have a complete check of your device, install an antivirus or malware removal software. You can find many security apps in Google Playstore by searching “antivirus” or “malware removal.”

Here, we will be showing you how to remove malware using the Avast Mobile Security app. It is the most downloaded and reviewed security app on Google Playstore with more than 100 million installs. Follow these steps:

Step 1: Open the Google Playstore application on your android device and search for Avast Mobile Security. Alternatively, click here to install it from Playstore.

Step 3: The antivirus will start scanning for malware and other security lapses in your device. Once complete, fix the issues with your device.

You can also monitor your device to warn you when you visit malicious websites. Always think twice before installing any unknown app. Always install apps from the Google Playstore, and keep an AntiVirus app on your phone. 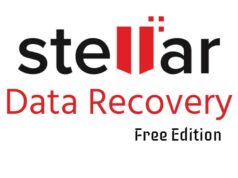