After the announcement of new 3D Cinematic photos and Memories, Google Photos has finally rolled out its Location History-powered Timeline feature into its apps. Google had briefly mentioned this feature last month, but now it has come to the majority of Photos users. Along with the Timeline integration to Your Maps in Photos, Google has added a new satellite layer in the map view — similar to how you change layers in Google Maps.

The new ability to change the map layer and the integration of your travel Timeline has come to the latest version of the Google Photos app and is live on Photos v5.23.0. When you open your app and tap the “Your Map” banner in the Search tab, you’ll be greeted with a prompt saying, “See your path through the world with Timeline added to your map.”

See Exact Route You Traveled In The Day 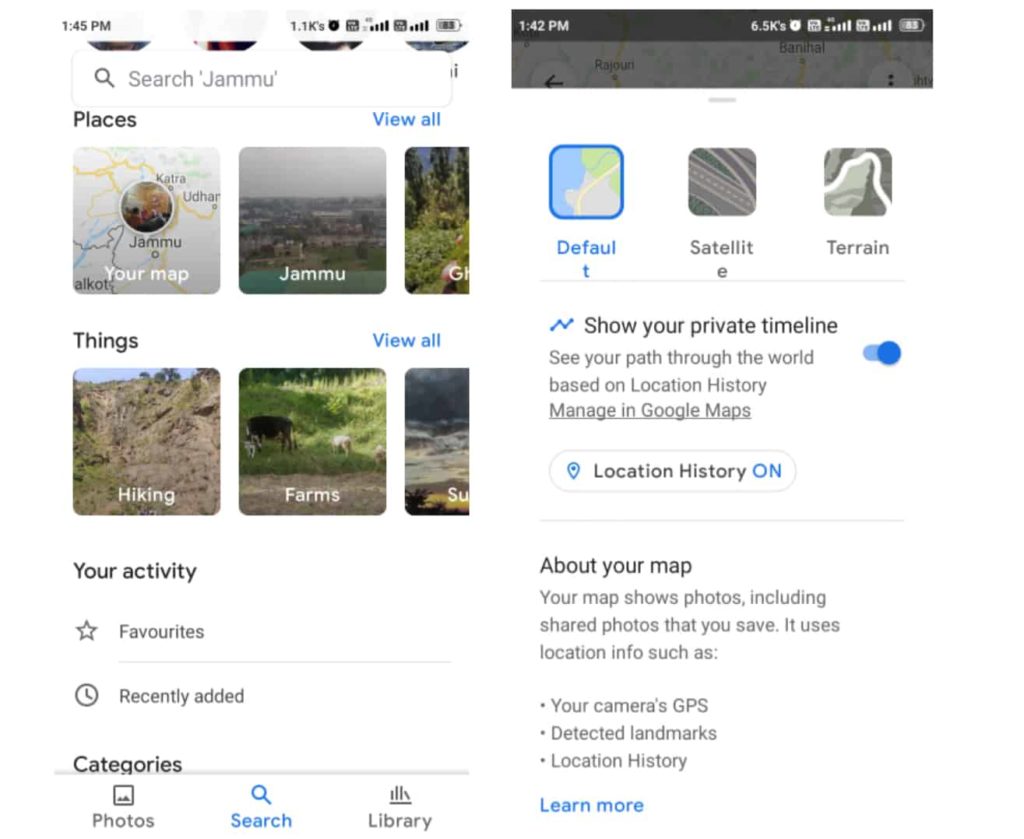 Previously, the map view showed where the user took the pictures and displayed all the photos shot in a given day. But now, the map view can also display the exact route or path you traveled that day. Also, Google says that the map timeline or trail in Photos is private, and visible only to the user himself.

When a user zooms into a particular location, the app shows all the photos shot there over time. Additionally, there is now a new maps icon in the top-right corner that you can use to zoom out to display the entire day’s path. See how the new feature looks in an Android application of Google Photos from the attached screenshots.

In addition to the travel timeline, Photos now also lets you change your map layers. You can now replace the Default layer with a Satellite or Terrain view. Both of these features, travel Timeline, and Satellite layer, are widely rolled out for Android and iOS. Since the map Timeline is based on your location history, you can turn it off from the settings.