After adding support for Apple Music in Nest smart speakers and displays, Google is bringing more of your favorite entertainment from Apple TV to Chromecast with Google TV soon. The tech giant has announced that it will add the Apple TV app on its all-new Chromecast with Google TV next year. However, it didn’t give an exact date for when the service will be available for users.

In early 2021, Chromecast with Google TV users will be able to watch Apple TV+ content along with their existing library of movie and TV show purchases from iTunes. According to Google, Chromecast with Google TV has now become one of the only streaming devices with all the major video subscriptions. The company confirms that it will also bring the Apple TV app for Google’s Android TV in the future, but we don’t know when. 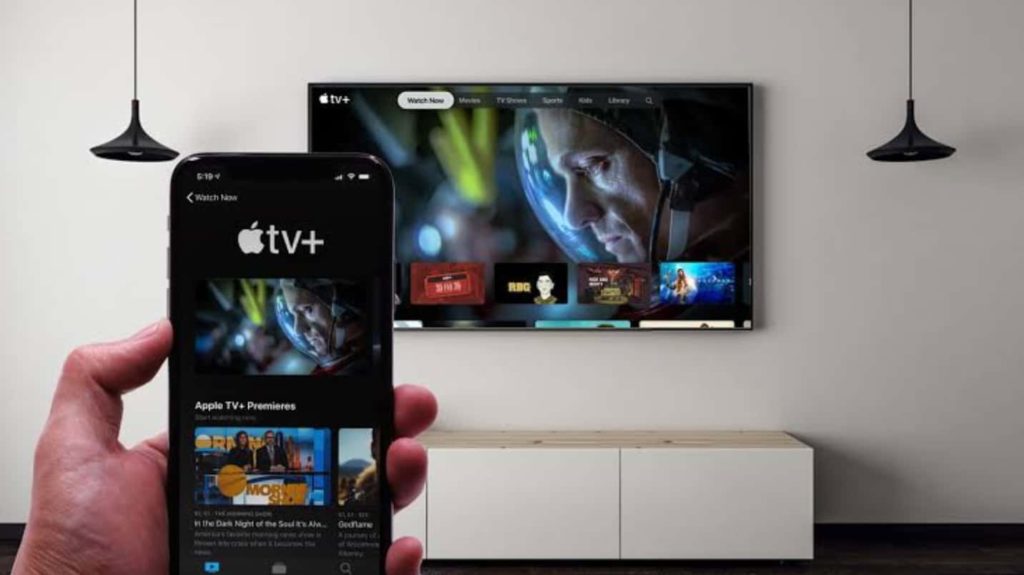 Integrated into Google TV’s content aggregation system on Chromecast, the Apple TV app will provide users personalized and curated recommendations in their feed. The good thing is that users can even save them to their Watchlist, which they can catch up on later. Also, Apple TV+ subscribers can tune into the award-winning shows, movies, and documentaries — like The Morning Show, Ted Lasso, Defending Jacob, Greyhound, and Mariah Carey’s Magical Christmas Special.

On the Apple TV app, subscribed users can access their purchased library of movies and TV shows, along with personalized and curated recommendations and the Apple TV channels. Also, Google TV now makes it easier for users to find their favorite movies and shows by allowing them to see Apple Originals in their personalized recommendations and search results. Additionally, they can also share their subscriptions to Apple TV channels with up to six family members through Family Sharing.

Speaking of availability, Google has said that it will roll out the Apple TV app on Chromecast with Google TV early next week. However, the company didn’t reveal the exact date of the launch yet. For devices powered by Android TV OS, the Apple TV app will launch in the future.