Redmi K30S Extreme Edition is all set to launch in China on Tuesday, October 27. Rumored to be a rebranded version of Mi 10T, its launch event will begin at 2 PM local time (11:30 AM IST) tomorrow. Lu Weibing, Redmi General Manager, teased a poster showing a rear portion of Redmi K30S Extreme Edition. Additionally, Xiaomi’s chairman Lei Jun has confirmed that the smartphone indeed is a rebranded Mi 10T that was launched in September globally.

The teaser shows that the phone will come with triple rear cameras with black and silver gradient finishes at the back. The phone will release in November during the Double 11 sale in China, said Lei Jun. 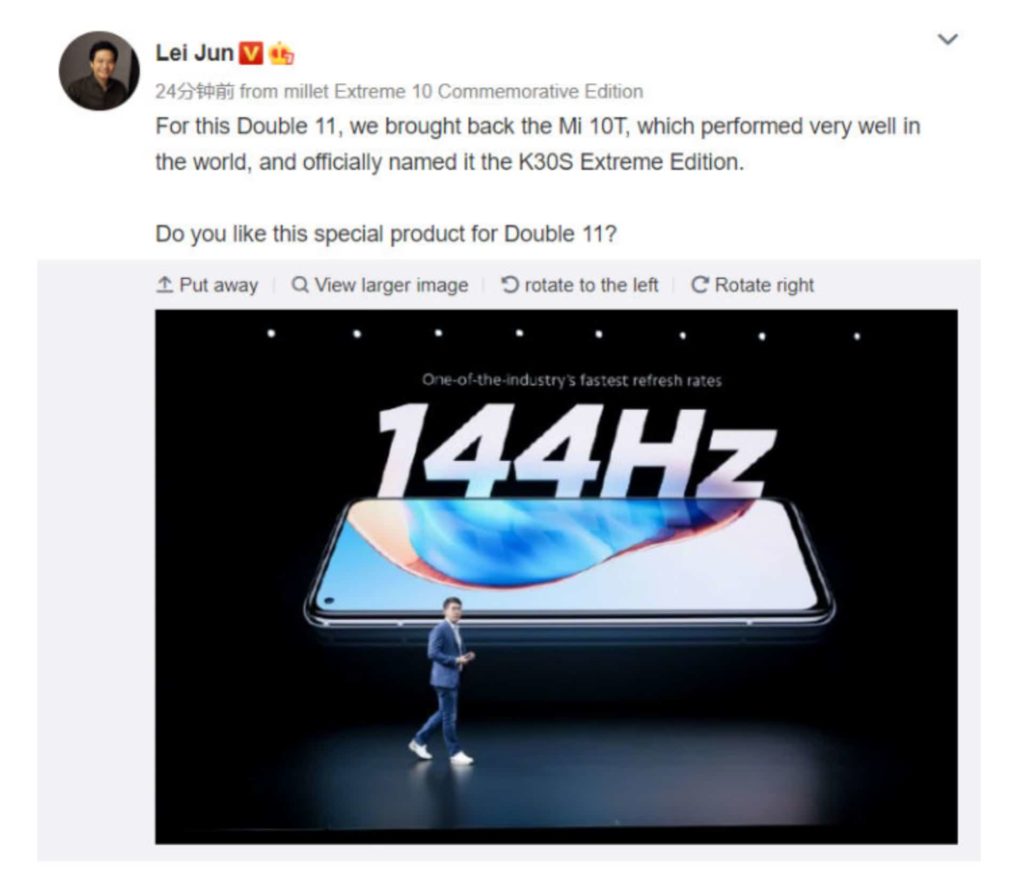 Since Redmi K30S Extreme Edition is a rebranded version of the Mi 10T smartphone, it should also feature a 144Hz display. The phone will be powered by Snapdragon 865 SoC, paired with up to 12GB RAM and 512GB of internal storage. Redmi K30S may feature a 6.67-inch FHD+ display with an aspect ratio of 20:9 and 144Hz refresh rate. This Redmi device will pack a 5,000mAh battery and support 33W fast charging.

From the teaser, one can see that the phone will sport a rectangular rear camera module that houses three cameras, one additional light sensor, and a flash. The Redmi K30S will have a 64-megapixel primary sensor, 13MP ultra-wide lens, and a 5MP macro unit. At the front, the device will feature a 20-megapixel selfie camera in a punch-hole cutout. As said above, the phone will launch tomorrow at 2 PM local time in China. 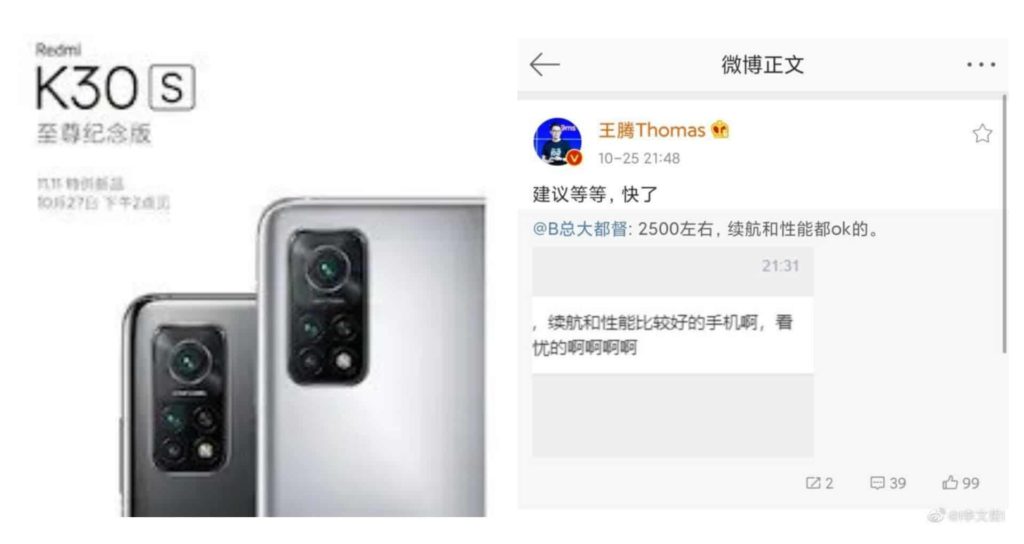 In a teaser by Wang Teng Thomas, Redmi Product Director, the Redmi K30S will cost around CNY 2,500 (about ₹27,500). The device will be available in November during the Double 11 sale in China.