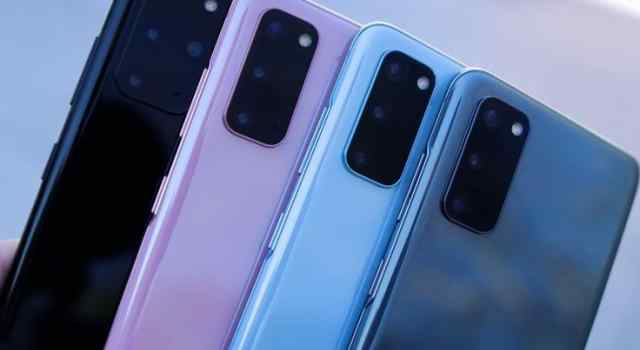 Part of the new generation of Nokia phones, the XR20 is Qualcomm-powered and boasts 6GB of RAM and 64GB and 128GB storage options. The rugged design also means the phone isn’t just built for the boardroom.

While storage options are limited, the phone does have a MicroSD slot and dual SIM card capabilities; however, you can’t have both a MicroSD and another SIM in at the same time.

The phone is on the expensive side, being one of the most costly retail phones on the market right now. However, it should be right near the top of your want list if you can afford it.

The flagship device from Samsung, the S20 is one of the best phones yet. Coming standard with 5G technology, the phone is powerful and fast, with barely anything slowing down its Snapdragon 865 CPU.

It doesn’t have the same screen size, camera, or storage as the Note, but it is much more affordable, and you still get the incredible Snapdragon CPU.

It may not be the newest iPhone on the market, but the 12 still has a ton to offer. It is fitted with 4GB of RAM and has three storage options, 64GB, 128GB, and 256GB. It also comes with the famous Apple A1 Bionic CPU. There are a couple of downsides to the 12; battery life isn’t the best, and it is still somewhat expensive. However, if you want a phone that is still a close match to the newer 13, then this phone might be for you. 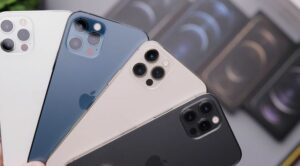 Apple has begun making a few budget phones of late, and the SE is quite possibly the best. Fitted with an A13 Bionic CPU, a decently large screen, and the same storage options as the 12, it is a couple of years old now, but it is still more than capable of getting the job done.

The screen isn’t as big as a flagship model, but it is still more than big enough to do what you want to do with it, as well as having more than enough processing power.

Another affordable model that is in the Android category is the OnePlus 8. With 7 and 12GB RAM options, as well as 128 or 256GB storage options, the big selling point for the OnePlus is its enormous battery.

It is also fitted with a Snapdragon 865 CPU, meaning it has all the processing power of the Samsung S20, but at a much lower price and with a far better battery.

Planet Computers is a brand you probably haven’t heard of before, and their Astro Slide looks like a mini laptop. Fitted with a MediaTek Dimension 800 CPU, it has 128GB of storage with a MicroSD slot that can hold up to 1TB of storage. It has dual-USB ports, a mini keyboard, and a large screen. It is a bit bulky and definitely not on the cheap side, but it is the closest thing you’ll get to a laptop if you don’t own a tablet. 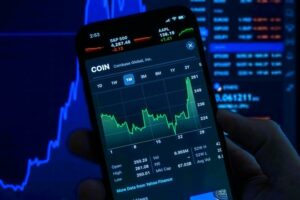 The Google Pixel 5 is a solid, middle-of-the-road smartphone that does the basics right. It comes with a Snapdragon 765G CPU, 8GB of RAM, and 128GB of storage. Its battery is decent and will last more than long enough throughout the day. The phone is 5G compatible, and while it may not be the best phone on the market, it is excellent as a secondary phone option or as a budget-friendly one.