Samsung has launched a new app called GameDriver for its Galaxy S20 and Galaxy Note 20 series smartphones. The GameDriver app aims to improve and enhance the graphical performance of select games on its flagship phones through standalone GPU driver updates.

For those who are unaware, the app uses Google’s GPU Inspector Tool to improve the gaming experience. GameDriver is available for both Exynos and Qualcomm Snapdragon versions of Samsung’s current-gen flagship models. The company has currently picked only the Galaxy S20 and Note 20 models, however, it may bring support for additional devices in the future. 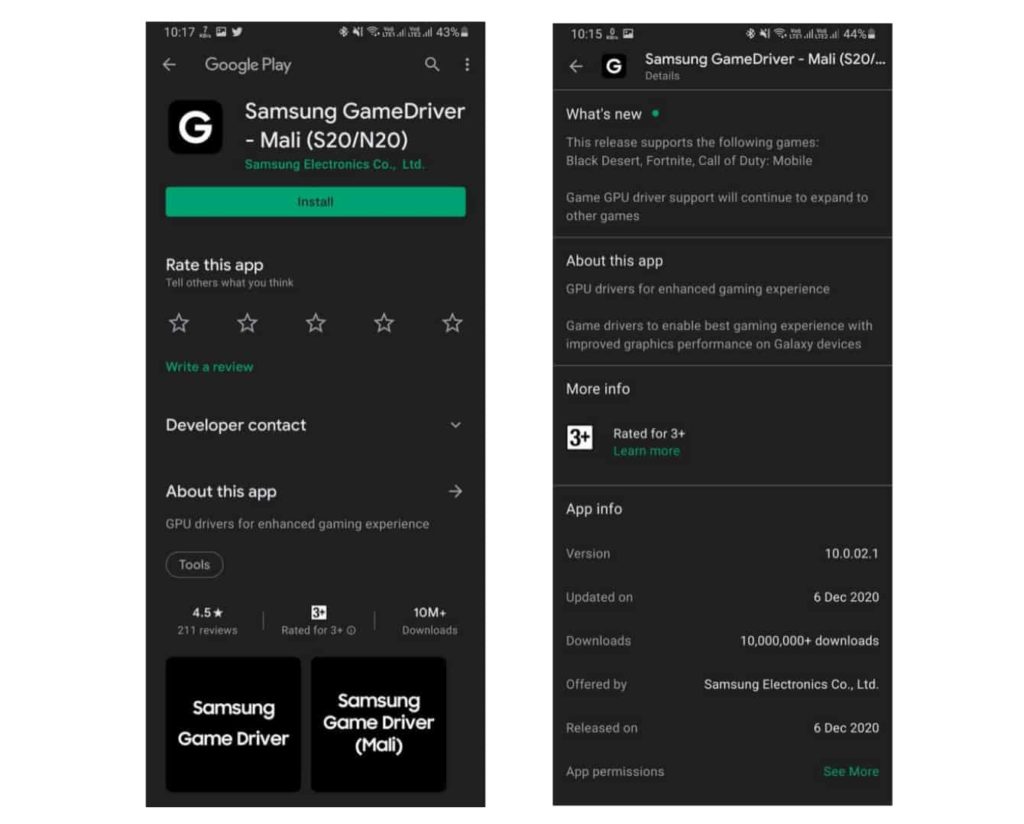 The GameDriver app from Samsung is the result of a partnership between Samsung, Google, and various GPU vendors such as Qualcomm and ARM. If you don’t know, Qualcomm partnered with Google to bring updatable GPU drivers to various Android smartphones that run compatible SoCs. Some of these include Qualcomm Snapdragon 765, 855, and 865 chipsets. With the new app, the South Korean company wants to bring the best gaming experience with boosted performance.

Note that the GameDriver application currently supports only a few Galaxy devices. These include the Galaxy S20, S20+, S20 Ultra, and the newly-added Galaxy S20 FE. Alongside, the app also comes with the support for Galaxy Note 20 and Note 20 Ultra. Samsung’s GameDriver app is launched in two versions — one for Qualcomm Snapdragon and the other for Exynos — to updatable GPU drivers.

Apart from this, the app currently works for only three games — Call of Duty: Mobile, Black Desert, and Fortnite. However, Samsung has plans to add more games in the future, though there’s no clear word on exactly when.