With so much new tech coming out in a span of a few months from different brands and companies, it can be a bit overwhelming trying to keep up with it all, even as a gadget enthusiast like yourself. So if you’ve switched off from all things tech-related for the past few months, we don’t blame you!

But you might be starting to feel like you’ve been out of the loop for too long, and want to start easing yourself back into your hobby, or perhaps you want to pick up something new! Whatever the case might be, we’re only 4 months into the year, but there’s already a huge range of new gadgets out there that’s really impressive. So, if you want to find out what you need to stream, how you can upgrade the mood in your gaming room, or maybe you want to pick up something for your home gym, we’ve rounded up some of the best gadgets that we think are worth investing in! 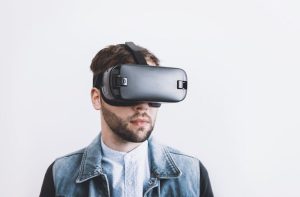 Apple launching another iPad hardly comes as a surprise, but this one might be more up your street. Borrowing a lot from its significantly pricier sister model, the iPad Pro, the iPad Air features a lot of specs that are similar and might be something that you’re interested in. From a super high-resolution screen to compatibility with all the latest accessories, including the magic keyboard, the new iPad Air really is a gadget worth upgrading to. If you’re tired of the same old grey/silver colors, then Apple has come out with some really funky and unique shades this time around!

In the entertainment tech category, if you’ve been meaning to upgrade your setup and add some more ambiance to your gaming room, then the Nanoleaf lines might be the perfect addition for you. The Nanoleaf panels have consistently remained one of the top items that tech enthusiasts are keen on using to amp up their space, so the Nanoleaf lines are sure to live up to their predecessors. If panels aren’t really your thing then the sleek design of the Nanoleaf lines is great to make some subtle differences to create the mood that you want.

Let’s face it, as much as we want to achieve our fitness goals, the gym just isn’t for everyone. You might not like working out in public, or maybe it’s just not convenient for you in your busy schedule. But if you want to set up a home gym that doesn’t take up an entire room and get the added benefit of a personal trainer, then Tonal might just be for you! Its space-saving design means no more clutter, but the smart system allows for dynamic weights, meaning that you could mimic the feeling of plates, bands, and barbells all in one! 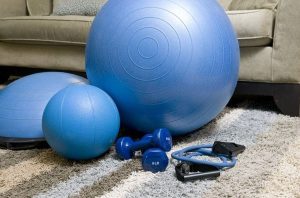 Not officially out just yet, but with the release date due to be announced sooner rather than later, the newest Playstation VR headset is set to really take your gaming experience to the next level. Taking everything its predecessor headset had and improving it, the 4K resolution you’ll be able to experience will truly be a unique experience. With top titles such as Horizon Call of the Mountain, and Hitman III already announced, we know Sony’s got great things lined up in the near future.

It’s always handy to get insights on our health and track our sleep so that we can improve wherever needed, but sometimes sleeping with a smartwatch on your wrist isn’t the most comfortable experience, which is probably why you’ve stopped doing it after trying it once. Well, we have an alternative for you! The Oura Ring 3, as the name suggests, is a ring that you wear that allows you to track medical statistics as well as your sleep habits, and it’s most likely a much more comfortable alternative to bulky watches and bright screens.

Whether you need to upgrade your work from home setup, or perhaps your streaming gadgets are long overdue for an upgrade, a good webcam is always key, and the Logitech C920 is one of the best ones out there. You really do get your money’s worth with this product, not only from the crystal clear picture quality but with features such as autofocus, a built-in microphone, a cable long enough to sit on any desktop, and the ability to tilt the webcam at a comfortable angle. It really is an all-rounder webcam, perfect for whatever you need. 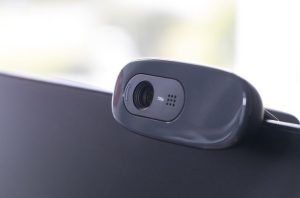