Why Is Mobile Spy App Popular

There is no doubt about the fact that mobile Snapchat spy apps have become extremely popular at present. Here, we have mentioned some authentic reasons for that.

These apps will enable you to track outgoing and incoming phone calls, locations, as well as SMS.

The good thing is that these apps are concealed and undetectable to the person who is being monitored.

The Snapchat spy app likewise helps to track browser activities, GPS locations, as well as messages from applications such as Facebook, WhatsApp, and Snapchat.

How legal is the use of tracking your child

Children are inquisitive about most of the things in life.

However, when it comes to the world of the Internet, parents must impose some restrictions.

It is a fact that kids often become offended when their parents try to monitor their online activities.

Nevertheless, parents have the legitimate right of controlling the usage of smartphones and tablets by their kids.

There is a certain age limit of becoming an adult in every state, and parents will be able to control the Internet usage of their children till that age. 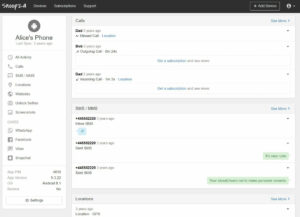 Snoopza spy app – a fantastic solution for Android and other gadgets to spy on Snapchat.

Below, we have stated the main functionalities of this amazing tool.

Track and record call – It will be possible to track all outgoing, incoming, as well as missed calls from the target gadget and these can also be recorded.

This feature will be essential in case any evidence is required regarding something that is going on.

Invisibility – The app is going to remain invisible to the target user, although it is imperative to install the app in the gadget.

It will be able to work on Snapchat, WhatsApp, Facebook messenger, and so on.

Location tracking – It will be possible for you to comprehend where the target is in real-time.

However, the target person must be carrying the phone along with him and it also requires Wi-Fi, GPS, and signal towers to accomplish the job of tracking the person.

Contact information – The tracker will allow you to know with whom the target person is interacting on the web even though it might be in stealth mode.

It is very simple to install a Snapchat spy app like Snoopza on any Android gadget in several simple steps within a few minutes only. The procedure is as follows:

• First of all, you need to register at the app’s official site Snoopza.com and open a free online account by providing your valid email account as well as password.

• Following this, the app can be installed on the target mobile gadget within several seconds by making use of the free account created by you in the previous step.

• Now, you need to log in to your online account and start monitoring the smartphone of your toddler without any problem at all. It will be feasible for you to track phone calls, SMS messages, the location of the mobile gadget, screenshots, the history of the Internet usage, and so on. 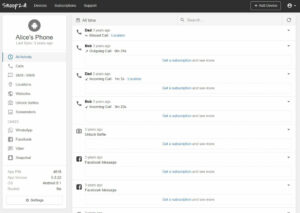 The effectiveness of using the Snoopza Snapchat spy app depends on the fact that it will be possible for you to hide such that the target user will not be able to comprehend that he is being tracked.

This Snapchat spy app comes with an innovative stealth mode feature that enables it to remain undetected.

This will make certain that the user will not be limited when it comes to tracking the target person since he will not know that he is being spied.

Besides this, the app will also not be installed and won’t show up in the application list.

The most notable free features of Snoopza are as follows:

Some of the most significant paid functions of the Snoopza Snapchat spy app tool are as follows:

• Will be able to track any child or adult 24 hours a day.

• Provides you with all the details of the individual who is being tracked.

• Helps to block access to several websites particularly if the activities of your kid are being monitored.

• Helps your kid to study effectively by minimizing his or her phone usage time.

• Kids who are being tracked might become silent and withdrawn.

A Snapchat spy tool like Snoopza comes with a comprehensive pricing structure. In the free Basic plan, you will be able to use the software without paying anything at all.

This plan will allow you to access all the free features along with the premium features such as track camera, Facebook spy, etc.

Snoopza is one of the most in-demand Snapchat spy apps on the market which has received lots of positive reviews from the users.

It is noted for playing a significant role in terms of parental control.

However, this Snapchat spy app should not be used for blackmailing other individuals or any other similar malicious activities that might hamper their safety in the long run. 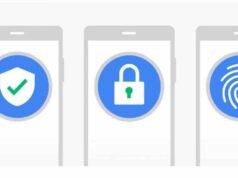