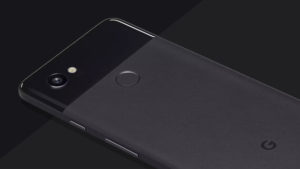 As per Google’s support policy regarding Pixel smartphones, Pixel devices are supported for three years since launch. Based on these guidelines, updates would have discontinued after this month. However, Google aims to provide one last security update to the devices in December.

The latest October patch was released for both Pixel 2 and Pixel 2 XL. However, the update didn’t contain any security fixes focussed specifically on these devices. The majority of the latest update was identical to the general Android security patches scheduled for October 2020. This update came after both devices received the Android 11 major updates back in September.

However, this update did fix some issues which were present in the entire Pixel lineup – from Pixel 2 to the new Pixel 4a. The bugs fixed by the October update fixed a boot loop situation on Pixel. Further, glitches that hid call notifications and the autorotate symbol were addressed. Finally, the patch removed the issue of unrecognized swipe gestures on Pixel devices.

Based on a report from Android Police, Google will release one last security patch for both the devices in December. The final update aims to eliminate critical security vulnerabilities in both Pixel 2 and Pixel 2 XLdevices. Due to this, the devices won’t receive any updates in November. Once the December critical fixes finish, Google will officially end all support for Google Pixel 2 and Pixel 2 XL.