Google has announced that it has improved the originality reports in Google Classroom and Assignments to detect potential plagiarism in a better way. The feature has now become better in detecting potential plagiarism by alerting users when a document contains symbols from different alphabets or writing systems. For example, when a student replaces the letter “a” with some other symbol, such as “⍺” or “α,” to trick plagiarism detection technology, the new originality reports will alert educators. They can then review it and check whether the student had a legitimate reason to use such symbols, or was it just to trick plagiarism detection tools. 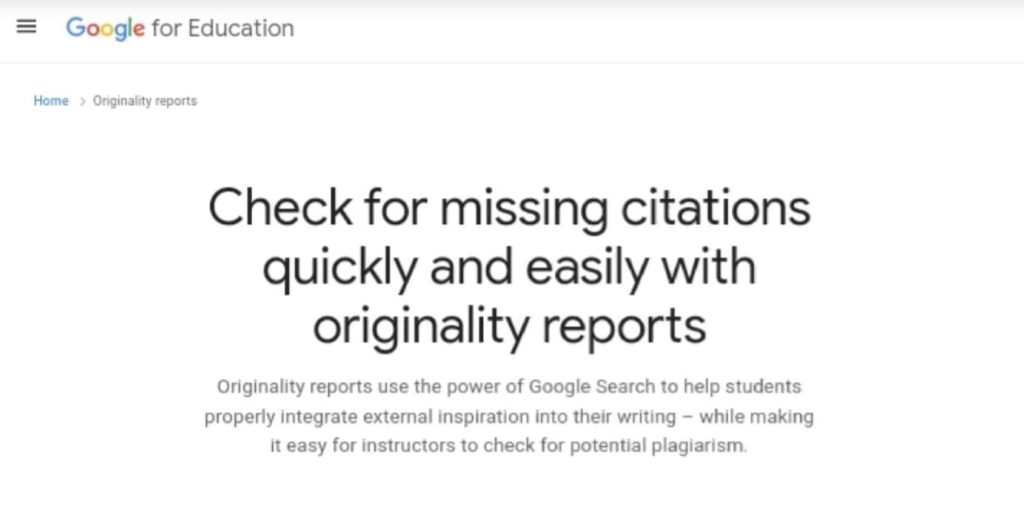 Starting December 2, the new feature will be automatically available to educators when they’ve turned them for an assignment. Note that there is no admin control for this feature, and the students who use originality reports will also not see it. Further, the new improvements to originality reports in Google Classroom and Assignments will follow a gradual rollout. These are already being released to both Rapid Release and Scheduled Release domains starting on December 2. For all users to see this feature visible in originality reports, it may take up to 15 days.