How To Choose a Phone for Gaming

There has never been a time where smartphones have been as advanced as they are now. They can be used for communication, work, entertainment, gaming, and almost everything in between.

Nowadays, you can play poker online on Android, as well as a multitude of other games. However, if you are wanting a phone for gaming, it may be hard to know what to look for. Here are the top things to look for in a gaming smartphone.

One of the first things you should be looking at is the screen. Like playing games on a PC, it doesn’t matter what type of internals you have and how powerful they are if the screen is too small, pixelated, or just generally below par.

You want to look for a device and screen that has a high resolution, as this will allow your games to look their best and not be grainy and ugly. Besides resolution, frame rate refresh speeds and touch-sampling rates are also important.

A high frame rate will stop your games from looking grainy, blurry, and like they are buffering. Touch-sampling speeds need to be high as this will determine how quickly the game reacts to your input.

CPUs are essential in gaming phones for the same reasons they are important in your PC or console. It’s what gives your phone power and the ability to process data and allow you to play the games you want.

You must remember that more cores in your CPU will increase the price of the phone, but cores in phones don’t work the same way they do in a PC for instance. A core is used to save power, meaning you don’t get all the cores working to power your game.

The majority of smartphones nowadays, especially the flagship and higher-range devices, will have CPUs that are sufficient for gaming. The more important question is how much you are willing to pay and whether a specific phone fits your budget.

A lack of memory can make or break any gaming device, whether it is a phone, handheld device, PC, or console. Most high-end Android devices will come with their fair share of RAM, but a memory card slot is just as important.

Many modern mobile games are enormous, Call of Duty Mobile, Fortnite, Roblox, Genshin Impact. If you want more than two or three of these games on your device, you are going to need more memory.

Memory cards are also far cheaper than buying a new device with more memory. Even if you have to sacrifice built-in memory to afford a higher-end device, you can quickly upgrade that memory at a later stage. 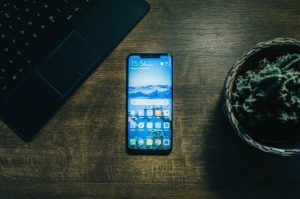 When it comes to using a smartphone for gaming, many may say that battery life ranks near the top of the list of priorities. There is no use having the best phone, packed with all the games you love if the battery dies in an hour and you have to recharge it.

You should look for a device that has a battery of at least 4500mAh at a minimum. This will give you more than enough battery to have a decent gaming session. Remember that in some games like PUBG or Fortnite, one game can take upwards of 30 minutes; you don’t want to have battery issues when it matters.

Fast-charging is also a factor to consider if you aren’t able to get a device that has a large battery. Being able to charge your device in record time is a brilliant alternative to not having a battery that can last a few hours.

Cooling is a factor that many may forget also applies to phones. Your PC and console will start to get hot after a while, and your phone is no different. This is especially true if you live somewhere that has warmer temperatures; you can feel your phone heating up even when you’re just scrolling through Instagram.

Cooling is slightly hard to judge because, unlike PCs and consoles, a cooling system in a phone is tiny. The best course of action would be to read and watch reviews about the phone and pay attention to reviews that focus on high performances.

Some phones do have a dedicated cooling system that does the job, while others advertise it, but it barely works and almost classifies as a gimmick. This is an area where you will need to do your research and find out.

If the main job of your phone is going to be for gaming, you are going to want it to be able to support third-party accessories. Headphones, a microphone, and or even a controller can all be plugged into some devices.

With the advent of Cloud Gaming, more and more people are going to want controllers or controller-type setups for their phones. While game controls and using your touchscreen may work fine, some games almost require a controller, once again, like Call of Duty or Fortnite. 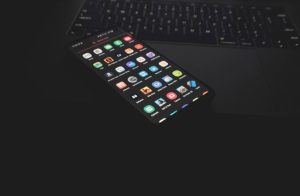 There are also some extra features that you may want. Some phones come with shoulder buttons, and you can play games the same way you did with a PSP. Hardware extras are great, but software features are even better.

Some phones have dedicated menus and software that allows you to customize or optimize your phone for gaming. You are able to adjust power and CPU settings; you can give your phone full power when gaming but then turn it down when you aren’t, to save power.

Another factor to consider is how expensive something may be to replace. If you are constantly gaming, your battery will eventually become unreliable and need replacing; knowing how expensive that may be should be a consideration.

There are some essential factors to think about when buying a smartphone for gaming. Once you have settled on a budget, doing proper research into what certain phones can and can’t do is necessary. Using this post as a guide will also help you know what you should be looking for in your next device.