The explosion of PC gaming in recent years is truly astounding. With internet access becoming ever more common around the world, there are now millions of new gamers looking for mice. Not the little furry critters that live in walls and eat cheese, no, the digital ones with wires and lights. While it may be much easier and much more cost-effective to simply pick up a run-of-the-mill mouse for $10 at your local electronics store, when it comes down to serious gaming, cheaper isn’t better. The simple truth is, serious gamers need a serious mouse so you should be getting the best MMO mouse.

What makes for a serious gaming mouse you ask?

Believe it or not, there are many features to consider when shopping for a mouse.  Features such as Sensors, DPI, Poll Rate, Tracking Speed, Build type/Size, Wired/Wireless, Programmable Buttons, Weight Customization, Liftoff distance, and Angle Snapping. Below is a short description of each.

Sensor: Without the sensor, a mouse will not move. There are two major types of sensors in mice today, optical sensors and laser sensors. Optical sensors beam an LED light onto a surface thousands of times per second, and a laser sensor beams, well a laser, onto the surface. Optical mice tend to have trouble on glass or other reflective surfaces, while laser sensors tend to have difficulty with dust and fiber particles.

Dots Per Inch (DPI): DPI is a measure of mouse sensitivity. A high DPI means a small mouse move on the desk will translate into a large cursor move on-screen. A higher resolution screen requires a higher DPI because there are more ‘dots’ in a higher-res display. A quality gaming mouse will have a DPI toggle button for ultimate in-game control.

Poll Rate: Poll rate is the number of times your mouse ‘tells’ the computer where it is. A higher Poll Rate translates to better responsiveness, though slower CPUs may lag at higher Poll Rates.

Build: Most gaming mice are made of plastic with rubber or silicone padding to improve grip. Some will come with flashy lights or colorful patterns. Some are built for left-handed players, some for right-handed ones. Some are ergonomic and some are built for the ambidextrous. Personal preference is the key here.

Wired/Wireless: Wired mice transmit signals much faster and there is no lag like there is with wireless mice. Serious gamers get wires.

Programmable Buttons: In addition to the standard left-click, right-click, scroll; many gaming mice also have between 2 and 12 buttons that can be programmed to keyboard functions and pressed by the user’s thumb.

Weight: Most gamers prefer a lightweight mouse, though weights can range from 50 to 180 grams. Some models come with removable weights for ultimate customization.

RGB Lights: Many gaming mice will come with LED lights. This is mainly an aesthetic feature that looks cool.

Angle Snapping: Special software that monitors small mouse movements. Sometimes the software predicts the path of motion, other times it corrects/ignores the motion.

In addition to the hardware/aesthetic features discussed above, the cost is also an important consideration as well, as it always is. Ultimately, whichever features you choose, and whatever price you pay, your in-game teammates will thank you for replacing the $10 cheap mouse. 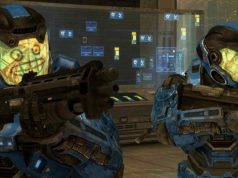 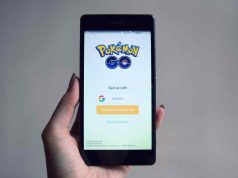